The value of your name – and how best to protect it 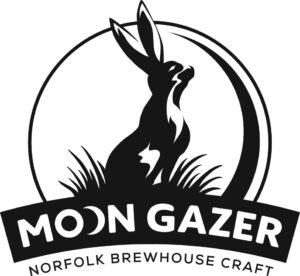 Since starting Moon Gazer and The Norfolk Brewhouse some 10 years ago now, my wife Rachel and I often reflect that as well as learning to brew we have to double up – usually out of necessity – as plumbers, electricians, engineers, HR consultants, social workers and even trade mark lawyers!

The latter is a skill we never thought we would need. We always knew the importance of developing and protecting a brand. However grand or modest your ambitions are, you want your name to be distinctive, recognisable and to create that bond between your beer or product and your customers.

As such it needs protecting since you will invest so much time, emotion and money in creating it.

It is this effort we put into two of our registered trademarks; The Norfolk Brewhouse and Moon Gazer ales.

Along our brewing journey we have been on the receiving end of a trade mark challenge and also issued a challenge ourselves. We have also had reason to contact or be contacted by other brands seeking to address potential issues – thankfully they are put safely to rest including one from a global drinks giant.

We are not alone – in excess of 2,000 trademarks a year are applied for beer names by UK brewers.

So, they all get the full protection and reassurance of a trademark, right? Well, that might not be the case, and can be far from the reality.

In our experience the two can become inter- twined in the most bizarre ways. Let us share it with you in the hope it may help make a decision as to how best to protect your brand.

In addition to the two trademarks mentioned above we also hold marks for certain of our beers. One such mark was applied for by us, and granted as a UK trademark – money paid, job done, crack on, brew beer and sell beer we thought. If only….

You see here’s the rub – the UK Trade mark system allows you to register and pay for a mark but actually they have no certainty in selling you that right. Even once registered you can be open to a challenge at any time in the form of someone who claims to have built up unregistered rights by virtue of trading under a similar or identical name.

Primacy is determined by which right was established first.

Unbeknown to us, and not evident in any of our searches, another brewer had used a similar mark to ours earlier in a local festival and in pubs on a very localised level. They challenged our right to hold the trademark and were successful in cancelling our mark, and then registered their own mark of the same name – are you keeping up?

However, in the meantime we had been selling – quite properly – our version of the beer (in a distinctively different beer style and sector) and generated significant sales, so – and this is where it becomes farcical – we had developed unregistered rights in our mark, so regardless of our earlier defeat with the trade mark tribunal we could challenge the trade mark since we could argue we have primacy within our specific sector – you couldn’t make it up really.

Can you hear the sounds of lawyers rubbing their hands at this point? Be in no doubt the explosive growth of trademark registrations in recent years has seen a corresponding growth in dedicated TM lawyers and firms chasing the money.

We liken it a bit to if you buy a second-hand car which ultimately turns out to be stolen – the car is returned to its rightful owner – you are left out of pocket. You see the trade mark office can only promise you the rights to register and use a mark until someone pops up and tells them otherwise.

So, are Trade Marks worth the paper they are written on and what can you do to minimise risk?

What we think is indisputable is the need to research fully any name you think you want to build sales around. Look at Untppd, Rate Beer, SIBA, Good Beer Guide and Google away until your eyes can take no more – and don’t just think about beer – think other similar markets be it alcohol or non-alcoholic beverages anything where customer confusion between two similar names could occur.

A brand who thinks your mark could cause confusion may be able to sue you for passing off – effectively where your mark is either benefiting from their existing reputation or is at risk of damaging that same reputation.

So, be as distinctive as you can. Once a name and look is decided on use it and use it big time – social media the pants out of it, make sure it is on review sites, do PR and adverts – the more it’s in the public domain the more protection you will get – and make sure you keep records – name the product specifically on invoices. And, keep using it as your rights can be challenged if you have prolonged periods of non-use.

I guess our other advice is talk if you come across name clashes – it is possible to have co-existence where by two or more brewers can agree to all co-exist happily alongside each other – but get it written down!

Don’t let it spoil the fun – we still want to be a merry band of brewers but your name is important to you and worthy of protection.