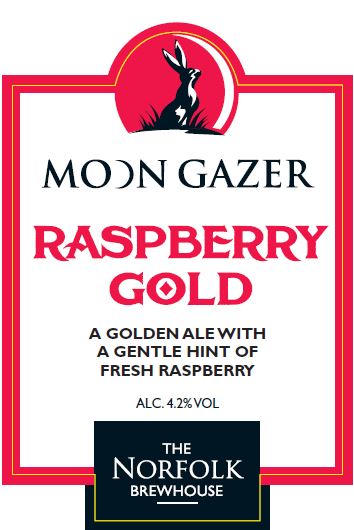 Well it’s been a long time coming but today Bruce finally got to brew his latest creation – Raspberry Gold.

Apologies for the delay but we seem to have spent most of the summer turning our one off specials into regulars – with Pacific Pale and Norfolk Pale hogging the fermenter space. But, today was the day when the raspberries had their day.

Judging by the smell of the hops and the raspberries it’s going to be a big hit.

What we want to achieve is a golden beer that is still a beer – not a full on fruit beer, but one which has the aroma and hint of raspberries as well as a slight red hue in an otherwise golden ale – so far, so good, looking at the colour of the brew as it went in to the tank.

So, as it wanted it still have a dominant beer flavour we needed lots of strong fruity hops to compliment the raspberry – so we turned to the US for some classics – Mosaic, Citra, Chinook and Mount Hood – and plenty of them.

The hops were added to a simple malt base – Maris Otter Extra Pale for that notable sweet biscuit backbone and a sprinkling of Cara and Rye.

With Norfolk malt we then went to USA for the hops but thankfully the raspberries came from closer to home – and lots of them, but just enough to infuse not dominate – about 40kg of mushed up raspberries certainly add a fab aroma to a busy brewery on a Friday.

Now we must let us the flavours combine and the yeast do its magic, but our latest new beer will be heading to pubs week commencing 18th September. Do please look out for it.

As for our next new beer, well – you won’t have to wait too long there are another 3 in the pipeline for before Christmas.