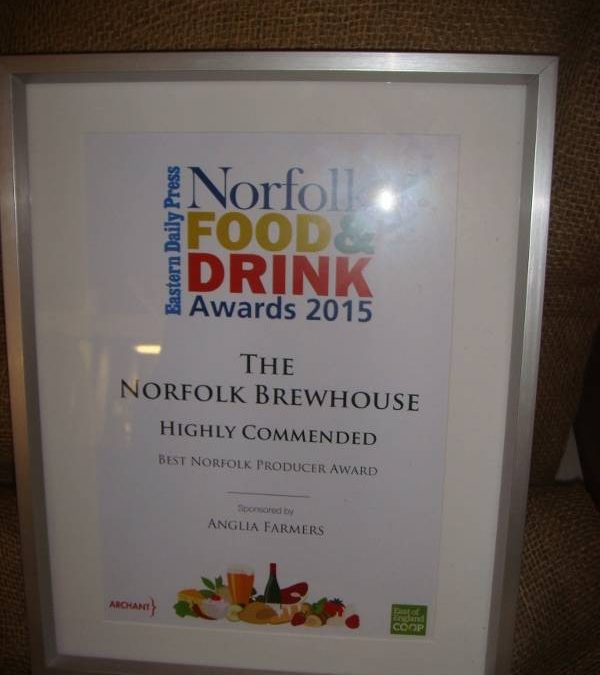 Well, we got all glammed up to attend the EDP Norfolk Food & Drinks Awards 2015 – a rare night out and a thoroughly enjoyable one.

Ok, so it is going to sound cheesy but it really does make you proud to be amongst all of the great producers and retailers who gather at the awards. It makes you realise just how blessed Norfolk is with artisan producers of everything from beer (naturally!), cheese, coffee, meats, chutneys, oils, bread and so the list goes on. These folk are serious about their craft, and serious about making Norfolk famous for top quality food and ingredients.

We were at the awards, as we had reached the final three of the Best Norfolk Producer award – alongside Marsh Pig and Traditional Norfolk Poultry.

In the end we just missed out to Traditional Norfolk Poultry, who have done some amazing work in bringing a unique Norfolk Black Chicken to the market, and spreading the name of Norfolk around the country. So, respect and well done to them.

However, we were genuinely thrilled to have got as far as we did, we are only 3 years old and are committed to maintaining a small, artisan team proud of its Norfolk home and heritage.

It was also great in that it came on the back of us winning the Best Specialist Drink Producer 2015 in the Norfolk Food Hero Food & Drink Awards.

So, a first and a second in the county’s 2 top food awards can’t be bad now can it.

A proud year indeed for our team.