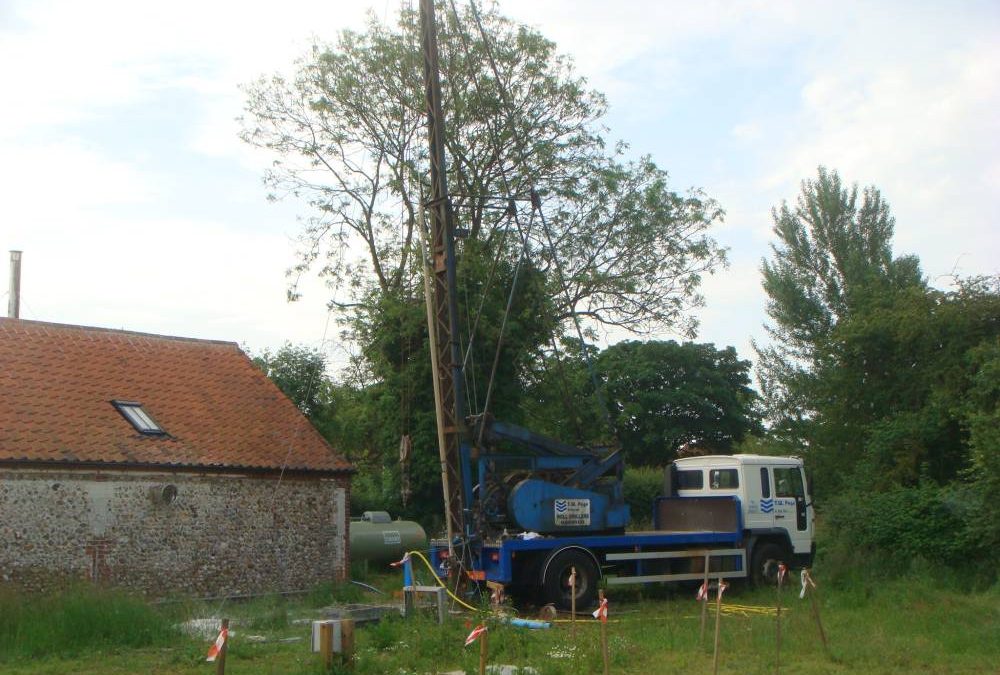 As you may have heard, there was a set back at the brewery when we had a collapse in our borehole. A chalk collapse meant that our crystal clear water, which we use to produce our beer, started to cloud up with chalk. The water is a key element in producing Moon Gazer’s distinctive taste so you can imagine our faces!

We stopped brewing immediately, swore a few times, well a bit more than a few times actually, then not surprisingly sat down and had a beer!

We won’t bore (no pun intended) you with the details but this was a very unlikely and unlucky event, and one which stopped production instantly.

The option was open to us to brew using mains water – but, we were not prepared to compromise, our beers, in a very short space of time had built up a great reputation for flavour and clarity and a lot of that was down to the water we use.

So, no compromise, fix the borehole and hold off brewing until we had access to our crystal clear water again. T W Page, the borehole engineers, were once again superb, and were on site drilling down another 20 or so feet to get beyond the collapse. Then we had to wait for nature, pumping out the water until the well ran clear.

Thankfully all is now fixed, and hopefully lightning won’t strike twice – and we can get on with the job in hand and start brewing beer again.

What was really great was the understanding and sympathy from local customers, who were keen to get our beer back on tap… well not long now, as the cellar will be full very soon!