An ale of two cities 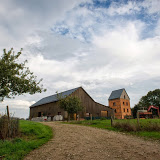 The City of Ale Festival will celebrate its 8th year, when it takes place across over 40 Norwich pubs in May – and this year will see us launch a very special beer at the festival brewed in collaboration with Northmaen Brewery, from Rouen.

Norwich and Rouen share a history and connection going back much further than when the two cities became twinned in 1959.

Both cities are important centres of agricultural areas and Norfolk and Normandy also share a common heritage in that both areas were settled by Vikings.
The Normans were also famed for constructing castles and churches of which Norwich Cathedral and Castle, built of stone brought over from Caen, in Normandy are fine examples.

The new beer hopes to bring the two cultures together and reinforce all aspects to the close relationship the people of the two cities and their surrounding areas have.

After all, The City of Ale Festival is always such a great celebration of Norfolk breweries and Norwich pubs, two very important aspects of our vibrant culture. The twinning with cities is also important to Norwich and when I did a bit of digging I discovered the agricultural similarities of the two areas and felt that creating a beer which could complement the strengths of both regions would be a fitting tribute indeed.

So, idea in brain, now I had to find a way of making it happen. Finding the right brewer was very important to us, as we wanted to make the link with the rural and city communities in France in the same way that the City of Ale does with Norwich and Norfolk.

That task proved easier than might be imagined as luck would have it Rouen is home to a city centre craft beer pub – La Taverne de Thor (The pub of Thor) – which is owned by Northmaen Brewery – a farm and brewery based just 20 miles from Rouen.

The fact that we found not only a brewery with a city and county base was fantastic but to then learn that they use their own barley was the icing on the cake. We are such advocates of Norfolk Maris Otter barley that to find someone who was equally proud of their malt was just fabulous.

The plan now is to twin the two malts – with the Northmaen Brewery brining over their malt to be blended with Norfolk Maris Otter from local maltsters Crisp Malting.

As part of the planning for the ale, Thomas Renaux and Dominque Camus of Northmaen Brewery are in Norwich this week to create the recipe and bring over a sample of their grain in order that a test brew can be created by The Norfolk Brewhouse.

Thomas is excited and proud at the prospect of the collaboration brew and showcasing a taste of France at the Festival:
“It was a complete surprise to hear from The Norfolk Brewhouse but we knew straight away that we wanted to be a part of the festival. It is an honour to be part of it and we are excited about what the combination of the malts will bring.”

“It is great to see how much shared heritage that there is between our two cities and, if through our beer we can create yet another connection between Rouen and Norwich for now and in the future that will make us very proud.”

The plan is also for Norfolk Brewhouse beers to be sent to France to be part of the large Viking festival in Normandy in June.

Bring it on I say.

City of Ale 2018 runs from 24 May – 3 June. For more information visit cityofale.org.uk