Creating a truly Norfolk ale for City of Ale 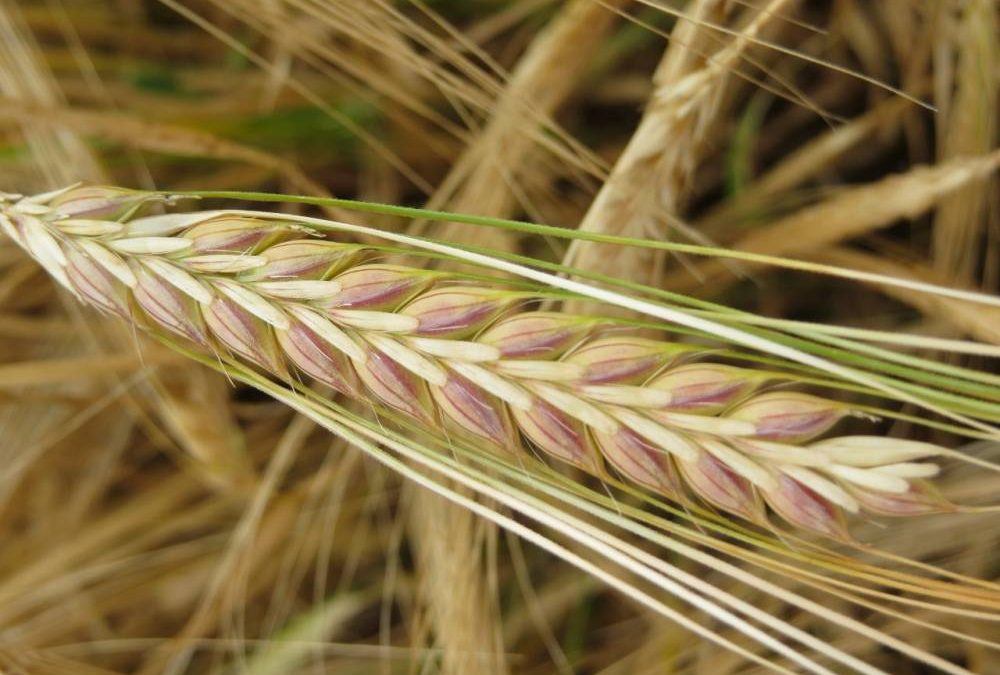 Norfolk is world renowned as one of the top regions for growing malting barley, and we are set to create a one-off celebratory ale to truly promote Norfolk in a glass – and introduce some other iconic Norfolk ingredients on top of the barley.

As an added twist the ale is to demonstrate its local provenance by marking the precise farms where the crops were grown – something which required some considerable effort by Crisp Maltings of Great Ryburgh.

The ale is a collaboration between two North Norfolk brewers; ourselves obviously and the fab Martin Warren from Cromer’s Poppyland Brewery. The beer, which is yet to be named, is being brewed to appear at the fifth anniversary City of Ale festival to be held in Norwich 21 -31 May 2015.

We wanted to brew a beer which would allow us to feature the people involved in the whole chain of the brewing industry from grower to brewer – to show the personalities involved, and in so doing highlight how important beer and agriculture is to the rural economy of Norfolk.

The fact that people have already gone the extra mile to help make this possible demonstrates what a great community there is out there.

The extra mile which I refer to is that of local Maltster Crisp Malting – one of the country’s foremost producers of malted barley who distribute malt all over the world and batch produce malt in serious quantities – usually 200 tonnes at a time (that’s enough to make 2.78million pints of beer).

This celebratory ale required a batch size for just 3,000 pints, but the need to name the precise farm on which the barley was grown meant a way had to be found to isolate malt from just one field.

Step in, Euan Macpherson, Crisp’s Managing Director who was only too happy to oblige: “When David calls you from the Norfolk Brewhouse and opens with; ‘you can say no if you want’ you know he is hatching a plan which normally is hard to say no to.”

“We take great pride in working with so many Norfolk growers and brewers that the opportunity to be part of an ale which presents the people behind the beer was an opportunity not to miss.”

“We knew we had some excellent Maris Otter malt coming in from Church Farm, in Heacham (which is owned by G W Harrrold and Partners) and it was a case of corralling that delivery and using only that barley in our separate pilot plant. It certainly wasn’t an everyday occurrence but was great to be part of.”

The malting process involves steeping the barley in warm water for two days to trigger the barley into germination, which it is allowed to do for four days prior to two days kilning.

The resulting Maris Otter malt is considered to be the premium malt for brewers, and is only grown in the UK, with the majority of the 17,500 acres grown each year grown in Norfolk.

One of the reasons for this is the soil and the climate, as farm manager Bruce Lockhart explains:

“In total we farm 4,500 acres in Norfolk, 200 acres of which last year was Maris Otter. The coastal location of the Heacham fields are particularly suited to growing barley. Light, sandy soils over chalk provide the best land, while the mild winters and a maritime climate create the ideal growing conditions.”

G W Harrold & Partners themselves have been farming in Norfolk since the 1930s and first grew Maris Otter in the 1990s.

As to the other Norfolk ingredients these are planned to include Norfolk mint and honey – and a test brew at Poppyland took place on Sunday 29 March and now we have to wait – as mint in particular is not a common brewing ingredient and so getting the balance right will be key as Poppyland’s Martin explains:

“I often use wild Norfolk plants to add uniqueness and specific provenance to my Poppyland beers, however normally I brew batches of 200 pints at a time, and working with Norfolk Brewhouse will increase the final brew size 15 fold to 3,000 pints.”

“We are therefore taking the time to do a small scale test brew to allow us to get a balance where each of the Norfolk ingredients will each play a part without dominating. We will also be using traditional hops in the beer but the aromas and flavours from Norfolk are what we hope will give the beer its personality.”

We will update you with more people behind the beer on what is a very unique project, but one which has Norfolk at its heart.