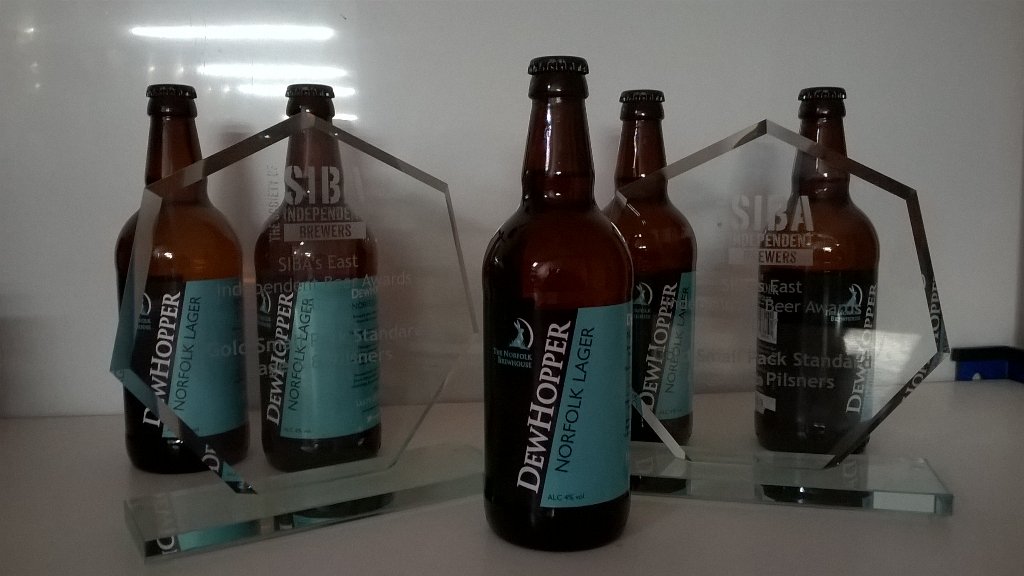 WOW, were just back from Wisbech and are celebrating winning three awards at the Society of Independent Brewers (SIBA) prestigious regional brewing competition.

Permission to be chuffed m’lord.

Especially chuffed that DewHopper having won Gold in 2016 in the Standard Lager and Pilsner category went on and repeated the success this year and retained its titles as best in the East!

Fantastic news as well that Bruce’s Raspberry Gold won a bronze award, a great achievement for a beer making its debut! It was also in a fiercely contested specialty beer section so a fantastic result.

Last, but not last our perennial favourite – Moon Gazer Dark Mild – also received a bronze award in the dark beer competition – we know it’s a Norfolk favourite, so for it to get regional recognition is just great.

Well done from me to our small but dedicated team – who love beer and who are always mindful of our ethos – your only ever as good as your last pint.