Don’t be Stranger’s when it comes to beer 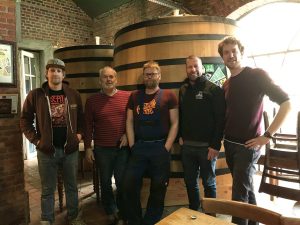 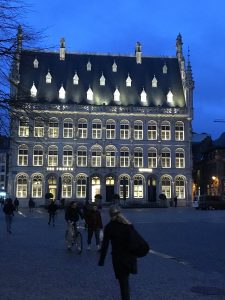 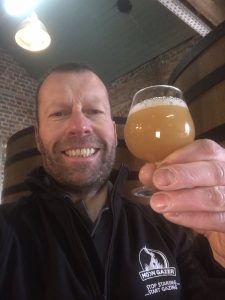 Well, those Moon Gazer fans will know that we like to make new brewing friends and collaborate to explore new beer styles and practices.

Our latest such ‘friendship brew’ seems particularly apt since it has its roots in the history of 16th century immigrants who arrived to Norwich from Flanders to escape both the threat of flooding and religious persecution.

The Strangers – as they became known – soon settled into the welcoming city of Norwich and helped themselves and the city prosper, bringing with them their skills in trades such as textiles. They would also bring over the colourful yellow and green canaries which would become the mascot for the city’s football team.

So, friendship between the good folk of Norfolk and Flanders goes back a long time indeed, so it seems fitting to start new friendships – this time linking the great brewing heritage of the two regions.

Following a suggestion from beer writer Roger Protz we have teamed up with Jeff and his family who own and run the farm brewery Hof Ten Dormaal, near Leuven. Where they can they brew only from what they grow, growing malt and hops on the farm – keeping food miles low and literally controlling the quality from the very start to the finished beer!

There are lots of plans afoot with collaborations with Jeff – but to get things started last week’s brew is to showcase at the Leuven Innovation Beer Festival 2-4 April 2020. This festival brings 16 innovative breweries together from around the world to meet each other, to create a setting where new ideas can grow, where collaborations can spring, where visitors meet the brewers and where you can taste unique and innovative brews from all over the world.

But, what to brew for such a festival? Well, obviously a high abv, apple saison with a champagne yeast what else?
The brew for the festival will be 7% abv – as Belgian beers are typically of a higher abv than we have in the UK.

However, when we brew the beer again – this time here in North Norfolk – in time for Norwich’s City of Ale Festival, it will be tweaked down to 5% abv and also produced for cask and Key Keg.

But, back to the brew we have just done in Belgium. Jef used a temperature-controlled decoction mash to remove all the sugars from the malt and to obtain a lush, moreish body and mouthfeel feel.

The guys were also keen to have a very low bitterness – just 15 IBUs – which will for the Kanzi apple flavour to come through. The Kanzi variety has quite a mild and sweet flavour and could be easily overpowered by Belgian Cascade hops if care wasn’t taken. The proportion of apple juice was quite high to give a noticeable apple flavour – with the brew consisting of 25% apple juice and 75% wort from the malts.

As for the Champagne yeast this is to add a drier finish and to get a champagne style carbonation. Pitched at a high temperature of 26C this yeast will take 11 days to ferment and then will undergo cold lagering for 2 more weeks.

We think that it is going to be a very interesting beer and can’t wait to try it but also to start brewing the North Norfolk version.
During his trip obviously Bruce partook in many of the local brews and enjoyed the hospitality and delights of Leuven – a truly stunning city of architecture, culture and of course beer!

A big thanks also goes out to Andrew and Anita and the team at VisitFlanders who sorted the trip for Bruce.

If you would like to find out more or visit the Leuven Innovation Beer Festival then check out here.