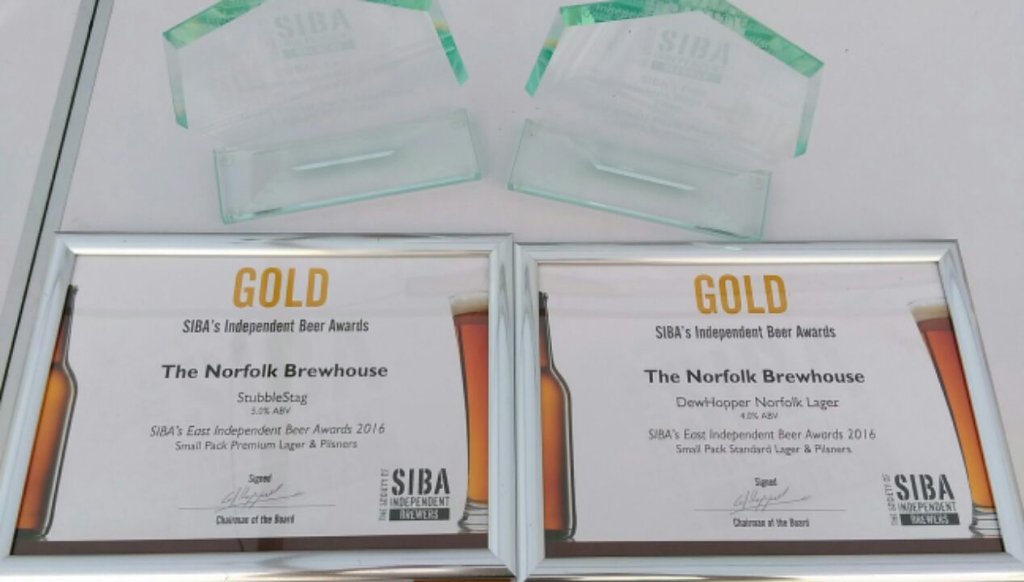 This week we are celebrating winning double gold at a prestigious regional brewing competition.

We won the two awards at the Society of Independent Brewers (SIBA) Eastern region awards which judged over 200 beers in a number of categories crafted by great breweries from counties across the eastern region.
We are delighted that we were judged to have brewed the best craft lagers – with StubbleStag (5% abv) winning the Premium Lager category and DewHopper (4% abv) lager completing the double by coming out top in the Standard Lager and Pilsner category.

To win both of the lager categories against such a strong line up was amazing. We take great pride in our craft lagers, but in fairness we are probably best known for our range of Moon Gazer ales, so the recognition for lager was really rewarding.

There has been a revolution in the craft beer market over the last few years and it’s great that beer enthusiasts can now enjoy a fantastically diverse range of craft lagers. When we started the brewery, just four years ago, our main focus was always going to be on real ale, but we also wanted craft lagers to be a small, but important part, of our portfolio – allowing us to reach out to more drinkers.

So, do look out for our lagers and enjoy!