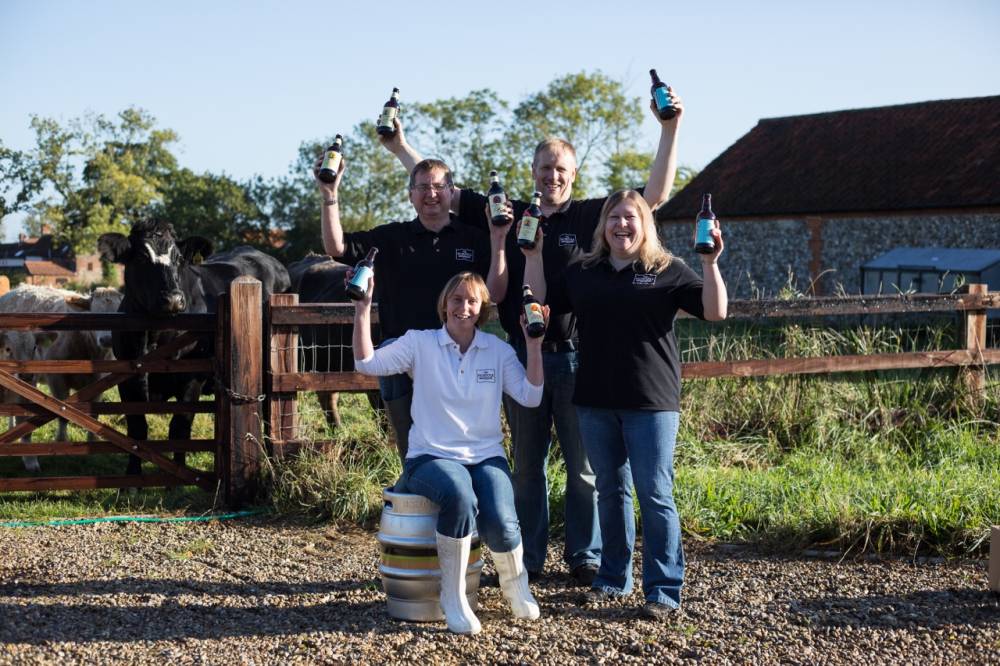 The Norfolk Brewhouse is celebrating being named best new beer at The City of Ale Festival 2015 – an accolade it also scooped in 2014.

The festival held each year in Norwich involves over 40 local brewers and 200 beers and takes place across 50 pubs in Norwich over a 2 week period.

This year we created a truly North Norfolk ale by sourcing ingredients from locally based growers and producers as well as teaming up with Martin Warren from Cromer’s Poppyland Brewery who collaborated in the brew.

The City of Ale is always a special occasion and attracts visitors from all of the country and so we wanted to brew something up which gave them a real taste of North Norfolk.

We sourced the Maris Otter barley from Church Farm in Heacham and Ryburgh based Crisp maltings pulled out all of the stops to do a special malting of it. The beer also included mint from the Stangroom Bros farm in Whissonset and honey sourced from Apitherapy Wellbeing in Sustead.

The beer was originally test brewed at Poppyland’s micro-brewery in Cromer before the full brew for the festival – some 3000 pints – was brewed at the Norfolk Brewhouse and was appropriately named Moon Gazer Norfolk Harvest.

The aim was to carefully blend the flavours together without any one dominating, resulting in a golden, 5% abv strength ale and it proved to be a winning combination in the festival which is voted for by visitors to the event.

Incidentally last year’s winning ale – Moon Gazer Tidal Gold – was brewed in support of the EDP Flood Appeal and as well as rated best beer also raised £1,000 for the charity.

Not resting on our laurels we are hoping to make it a hat-trick at City of Ale 2016 and would be thrilled to win the accolade for the third time, so our thinking hats are already on as to what we can brew.

Do let us know any ideas….