From charity fest to the biggest festival of them all… 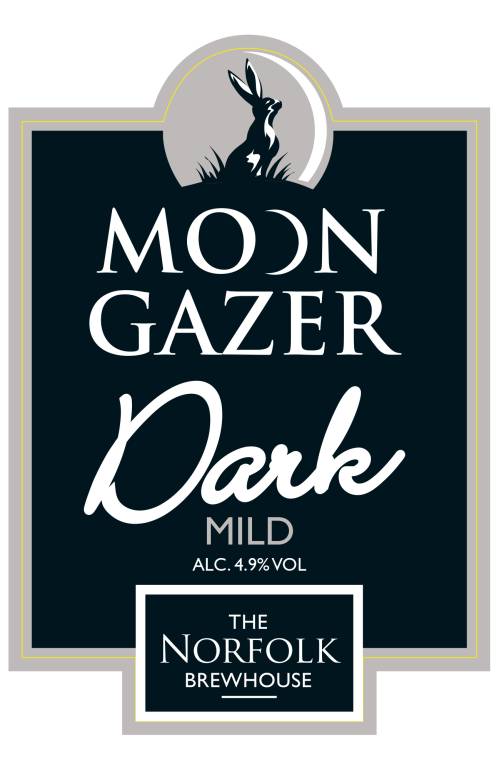 We are delighted that Moon Gazer Dark Mild is one of the beers selected to showcase Norfolk breweries at this year’s Great British Beer Festival.

But, while we are very proud of this, it may never as happened, as Dark Mild was originally a reluctant creation, but how glad we are that it was, as it is now one of our permanent brews. Indeed it is enjoyed every month of the year, even in the height of summer.

So, a brief tale of this brew – which all starts three years ago at the Trafford Arms Valentine’s Beer Festival. Chris, who was the landlord at the time, called us to ask about us producing a mild for his festival which he would sell and donate the proceeds to charity.

Now, the Traff is a great pub where Moon Gazer had a great following and – as a new brewer – every opportunity which comes along like this fills you with pride and enthusiasm. So, with no hesitation I was quick to say to Chris: “No probs, would love to, how many casks do you want?”

The reply however, was not what I expected. “Oh, just the one.” he chirpily said.

Suddenly I thought – what the heck am I going to do with the other 35+ casks I will have left over?

But, I was committed to Chris and was quick on the recipe development.

I came up with a cunning plan, devise the recipe and speak to Scott, a great friend and brewer at Quartz Brewery who has a smaller brewery.

I would brew the Mild at his place and we would both sell half the brew to our respective customers – leaving me with just 9 cask of beer to sell. Phew problem, solved – Chris at the Traff happy – charity happy, and we’re happy.
As it turned out I needn’t have worried.

Within a week of the Trafford selling the Mild at the festival the other 9 casks had been bought by local pubs, and more than that, we had already brewed a full brew at The Norfolk Brewhouse as we had orders for another 40 casks. Ever since that day we have had Dark Mild permanently available from the brewery.

So, about the beer:

Unusually for a mild it is quite strong – weighing in at 4.9% abv.

Naturally, as you would expect from The Norfolk Brewhouse, the base malt is Norfolk Maris Otter, while the dark colour comes from additions of chocolate malt, Crystal 240 and a touch of wheat for mouthfeel and head retention.
The malts are the starring flavours, with a nicely balanced sweetness as well, but there are a low level of hops to provide bitterness and flavour too. We add some British hops; Pilgrim and Progress and just the merest whiff of Cascade. Mind you we were slow on the uptake and missed any references to John Bunyan.

So, a reluctant brew it may have been, but it is one which we are immensely proud of and delighted that it will showcase this year at the GBBF.

Moon Gazer Dark Mild will be available at Bar 11,The Great British Beer Festival, Olympia between 9-13 August. For more info and tickets: http://gbbf.org.uk/