Fruit and spice and all things nice for Christmas 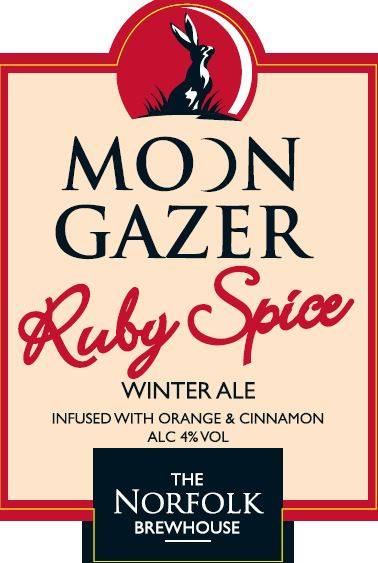 The Norfolk Brewhouse will be launching two new beers for the festive season, one of which is a unique collaboration with another north Norfolk drinks company – The Norfolk Sloe Company of Fakenham.

Sweet Darkness is first time partnership with Norfolk Sloe and will see the flavours of Moon Gazer Dark Mild crafted with Norfolk Sloe’s Damson. Brewed to be enjoyed in ½ pint measures, the dark fruit mild called Sweet Darkness will have distinctive damson overtones and an almost wine-like sweetness. A strong beer at 6.4% abv, it has been created to be supped and savoured as a warming festive drink.

Limited to only 6 casks in Norfolk, Sweet Darkness promises to be a must try on the run-up to Christmas. David Holliday from Norfolk Brewhouse and Pat Saunders from Norfolk Sloe are really eager to get the new creation out into pubs. Pat said; “It is something we have been testing for a few months and the deepness of the dark mild with the richness of the damson is extremely tasty.”

The second new brew is Moon Gazer Ruby Spice, a 4% abv ruby red ale, which is based on the brewery’s ever-popular ruby ale but with the addition of an orange peel, cinnamon and star anise infusion in the cask, which imparts a subtle yet distinctive flavour.
While many festive ales tend to aim for a higher abv Moon Gazer Ruby Spice is deliberately lower at 4% and can be enjoyed for all occasions.

In an effort of will, bordering on the superhuman, The Norfolk Brewhouse has also avoided the temptation for a Christmas themed name – and will rather the beers do the talking – so look out for Moon Gazer Ruby Spice and Sweet Darkness in a pub near you.

Find out more about The Norfolk Sloe Company www.thenorfolksloecompany.com