It’s really black out there 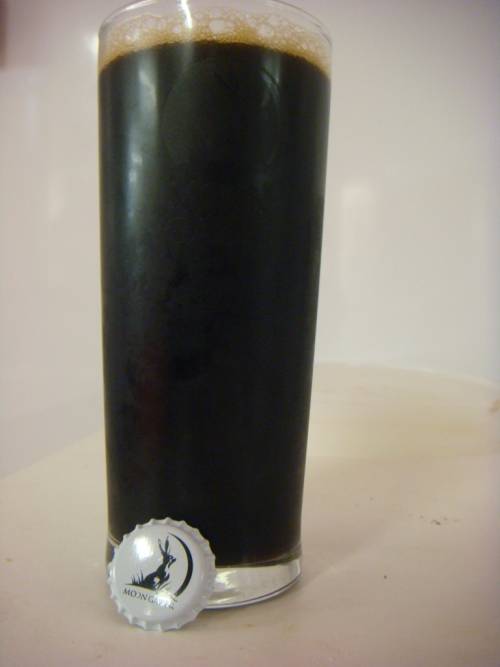 We have a new brew a Black IPA – very hoppy, fruity with a taste of liquorice and chocolate – a collaborative brew with our brewer David and our mate Jon, who is normally found brewing down at Gadds Brewery, Kent.

If you love really dark beers and an IPA – this could be one for you – Moon Gazer Black IPA is a 5% very dark and highly-hopped beer.

Jon got chatting to David one day and before you knew it the dark brew was born. Our test brews are 3,000 pints, so Jon kindly carried out two test brews at home and the recipe was perfected.

Using American and German hops including Amarillo, Belma, Northern Brewer and Centennial – Moon Gazer Black IPA promises to be a fruity IPA with a true IPA bite. It’s so black you can’t even see the logos on our branded glasses! The primary malt, as with all Norfolk Brewhouse ales is Maris Otter along with smooth Californian yeast.

David said; “Brewing a Black IPA has always been on my wish list of seasonal brews – it really is a style where you can let the malt and the hops do the talking, and the result I think is great.”

Jon said; “I was just really pleased to be part of it. It’s fun and challenging to brew alongside another brewer but I was so pleased we nailed it on the day.”

Moon Gazer Black IPA is a limited brew only available in cask. So if you want to try it get down the pub quick. Pubs who have ordered include: