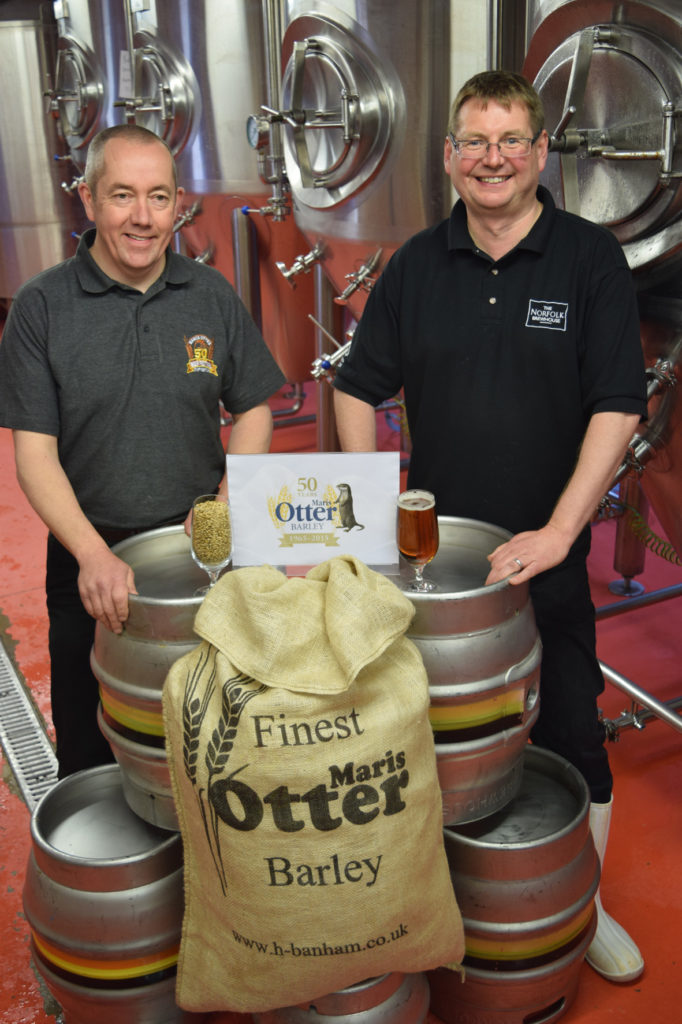 In February Norwich will play host to CAMRA’s prestigious Great British Beer Festival – Winter welcoming thousands of beer lovers from across the country and the globe.

We are delighted to have teamed up with the guardian of the Maris Otter grain – H Banham Ltd, of Hempton, to create a festival bar allowing visitors to taste what makes the region’s malt, its growers, maltsters and brewers so very special, and communicate just why this champion of malts has particularly strong roots in Norfolk and East Anglia.

Maris Otter is extensively grown in the festival’s host county, and wider East Anglian region and from here it is exported to over 20 countries around the world. It is such a success story for the region – with estimates showing that over 300 million pints are brewed with East Anglian Maris Otter every year.
It is something which locally, the growers, the maltsters and the brewers are immensely proud of and we wanted to make sure that our bar at the festival will allow them all – from grain to glass – to contribute.

The bar will be a combination of Moon Gazer ales as well as new collaboration brews brewed with the important people in the supply chain – such as Crisp Malting, Muntons Malt and Baird malt. All of the beers will be brewed using Maris Otter malt of course!

Of the 9 beers on offer on the bar, 6 will be new for the festival and will include beers of various styles to highlight the versatility of the malt.

In another exciting twist we are also looking to resurrect an ale from the 1960s or 70s to highlight the longevity of this variety of malt. It’s a bit hush hush at the moment but you will be the first to know!

Norfolk is world-renowned as being one of the very top barley growing areas in the world, with the soil and coastal climate creating superb growing conditions. Most barley varieties last about 6-7 years and the fact that Maris Otter has survived for over 50 years in such a challenging market place is testament of the demand from craft brewers in using a premium product.

To be able to celebrate that fact by involving growers and maltsters and telling their story to 17,000 visitors is a great opportunity. In Norfolk alone, we estimate that there are over 200 people involved in working with Maris Otter across the supply chain and so it is an important contributor to the economy. Now that alone is worth shouting about isn’t it?

The festival will take place at St. Andrews & Blackfriars Hall in Norwich between 20-24 February.

You can get tickets and further info: https://winter.gbbf.org.uk/

We look forward to seeing you there.