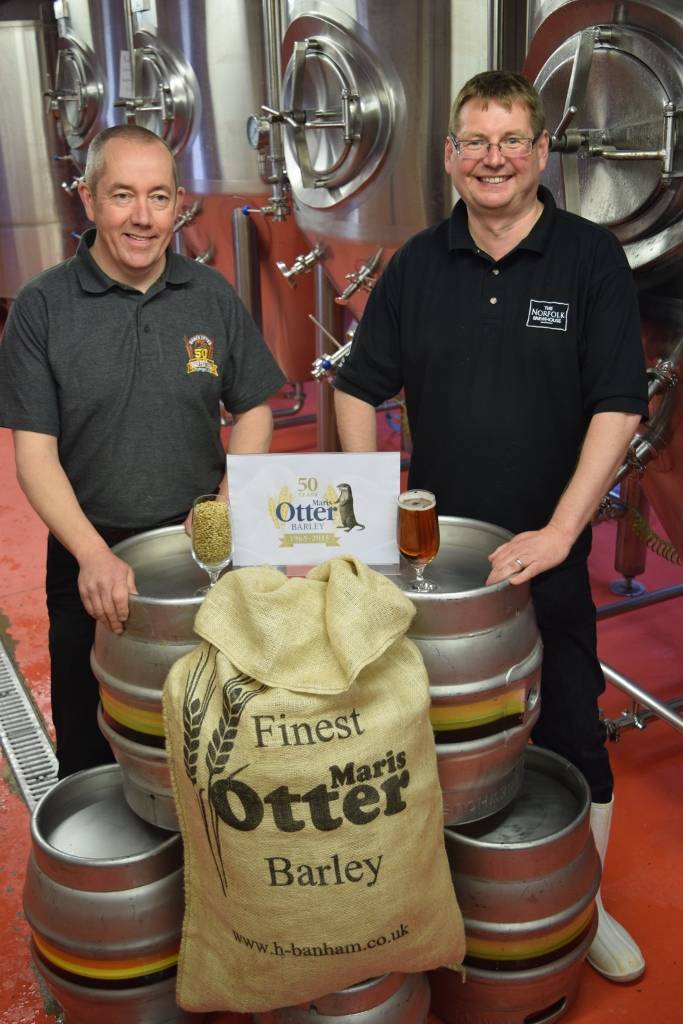 Norwich will play host to CAMRA’s prestigious National Winter Ales Festival in February 2017 – welcoming beer lovers from across the country and the globe.

The Norfolk Brewhouse has teamed up with H Banham Ltd – the guardian of the Maris Otter grain – to create a festival bar allowing visitors to taste what makes Norfolk malt, its growers, maltsters and brewers so very special, and communicate just why this champion of malts has particularly strong roots in Norfolk and East Anglia.

Maris Otter is extensively grown in the festival’s host county, and wider East Anglian region and is exported to over 20 countries around the world. It has also been the core malt ingredient for 12 of CAMRA’s National Champion Beers of Britain since 1998.

It is something which Norfolk, the growers, the maltsters and the brewers are immensely proud of and the bar will allow them all – from grain to glass – to contribute.

The bar will be a combination of Norfolk Brewhouse’s Moon Gazer ales as well as new collaboration brews brewed with the important people in the supply chain. All beers will be brewed using Maris Otter malt of course.

Of the 10 beers on offer on the bar, 6 will be new for the festival and will include an imported winter ale from the superb Spanish brewery – Cervezas DouGall´s – to highlight the global appeal of the malt. Those of you lucky enough to attend the Maris Otter 50 festival in 2015 will remember how stunning this brewery’s beers are.

Look out for regular updates when we will release more details about the collaboration brews and the brewers, but, for now, we just wanted to whet your appetite.