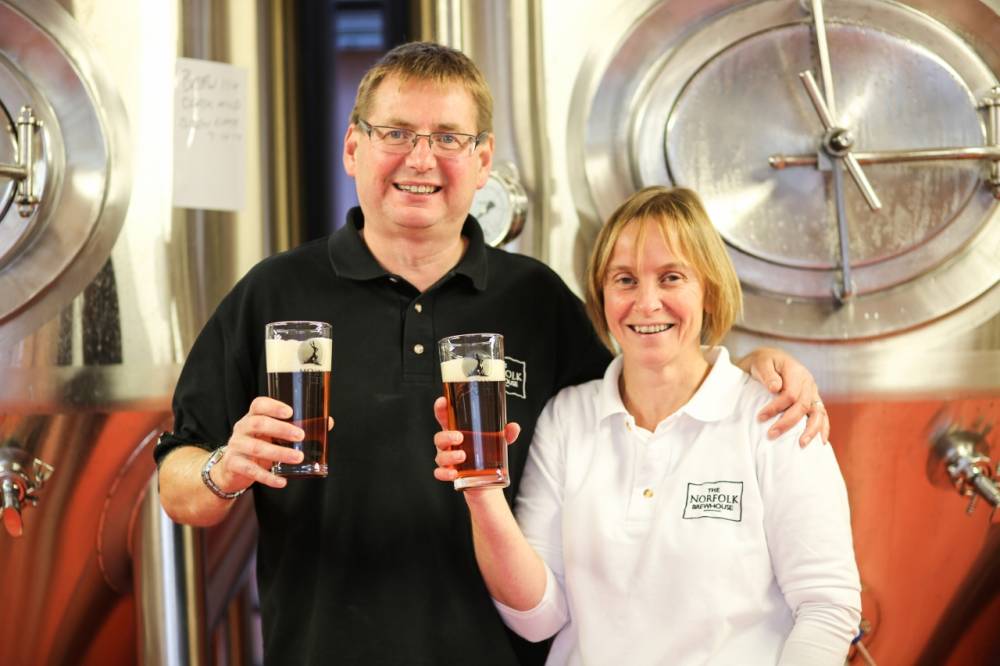 It was a great honour to reach the final six out of 140 local producers in East Anglia in the East of England Co-op Producer of the Year Awards.

Following the announcement of the six finalists there was a period of customer voting to select a county champion. Unfortunately we were just pipped at the post for the top Norfolk award by Cornerway’s Nursery, who will now go on to the regional final on 19 March.

A huge thank you to all of you for all your votes. We are not down beat here at Moon Gazer Ales – in fact we are truly beaming. Over 2,500 people watched the promotional video produced for the awards and we received some great comments and accolades.

Although we didn’t win the Norfolk region, we did come second in the online votes out of all six regional suppliers, securing nearly a quarter of all the online votes – to which the East of England Co-op said; “We were so impressed with your digital campaign – you have some excellent supporters out there.”

And we do have some great supporters – YOU – so thank you again, for all your votes and your continued support.

Though defeated – we wish Cornerway’s Nursery good luck in carrying the Norfolk flag to the final on 19 March.

If you missed the video you can watch it here: https://www.youtube.com/watch?v=krvDbmKXmw8