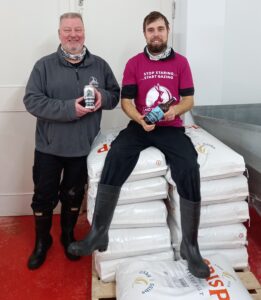 Thrilled to announce that our team has scooped two more regional awards, and particularly pleased that Skidaddler – our new milk stout came away with a medal in the first award it was entered into.

The awards – organised by the Eastern Region of Society of Independent Brewers (SIBA) and takes in brewers from 7 counties across the East of England.

Our gluten free DewHopper lager took the bronze award in the session lagers and pilsners category.

Previously DewHopper has scooped gold and silver in this category but to be on the podium once again is a genuine honour for what is one of East Anglia’s most award-winning lagers. It’s also doubly pleasing since these awards are all blind tasted by our peers in the brewing industry and taste experts so to consistently be in the top three is something we are very proud of.

We are also proud that Skidaddler – our all-new milk stout – also won a bronze in the Dark British Beers (4.5% abv +) category.

We had taken rather too long to launch a stout, but with Steve joining the brewing team – and his love of darker beers the time was right, and to kick it off with an award is fab news.

Oh, well on to our next entries which are the keg beer awards so we will keep you posted on that one.