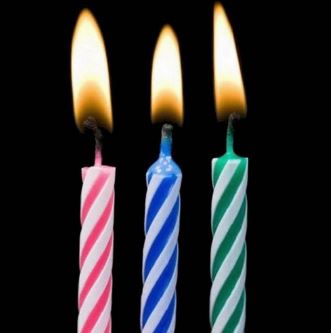 Three years on from our first commercial brew, and just like any three year old, we are bursting with energy and excitement, OK but maybe lacking a bit of suppleness in the old limbs!

Genuinely our third birthday is one of those milestones which we can’t believe that we have reached already – time really has flown by since we mashed in our first batch of Norfolk malt (we won’t mention the hops, as those of you in the know will recall that a whole batch of them never made it into the kettle on brew one – a case of over excitement maybe!)

Rachel and myself always had modest ambitions for the brewery. Now while it may sound corny the motivation was always, and remains so today, to build a small, happy team, a close network of customers and suppliers and for the whole thing to just work based on the consistent quality of good beer backed by solid service.

Now, hopefully that doesn’t sound unambitious, it’s a case of sometimes kicking back and keeping a business at a manageable level has its attractions. And boy when it comes to beer for a micro operating out of a barn in North Norfolk we think we have done OK. We have grown to a range of five ales and three lagers. With the emphasis very much on cask ales we also enjoy our forays into craft keg and bottles and have received plaudits and awards for all.

Like all three year olds we really have had to learn to walk before we can run, we’ve also had to learn to become plumbers, electricians, builders, pretty much everything you can think of – as the one thing that brewing can be guaranteed to do is throw up the unexpected.

However, while the trials and tribulations are many so are the rewards; we have some great customers – many of whom have been with us from year one, even month one – we’ve won an award or two, we’ve had our Moon Gazer Ale served in the Houses of Parliament, as well as the Great British Beer Festival and indeed sold it in pubs all over the UK – while saving most of it for Norfolk of course.

We love what we do, and the people we do it for.

So, from this three year old comes a sincere thanks to all of our suppliers for dealing with us in the way you do, to all of the shops, pubs, hotels and restaurants for buying our ales and lagers, and to all of the customers who drink our beer!

Cheers and Happy Birthday from David and Rachel

PS if you want to put a face to the names check out a short video: https://www.youtube.com/watch?v=krvDbmKXmw8