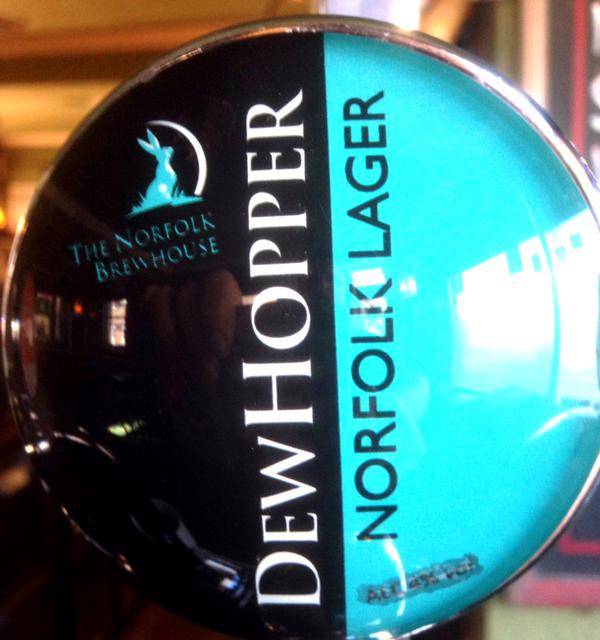 Our two Norfolk lagers – DewHopper and StubbleStag – have, over the last couple of years developed a loyal and growing band of followers. Many of these are existing lager lovers discovering that yes, lagers can contain a good level of hops. Other fans are ale lovers who welcome the arrival of hand crafted lagers.

What’s most pleasing of all is that they have gained a following without much fanfare from ourselves – to be honest at the brewery our focus is much more on producing the Moon Gazer ales and the lagers are a side-line, albeit one for which we have a genuine passion.

However, as demand has steadily increased these craft lagers are demanding more time in the brewery. They have also seen a transition in that rather than just being enjoyed in bottle they now are now making more frequent appearances in bars, pubs and restaurants in draught.

So, since you will be seeing more of them, we thought we should give them a proper introduction!

If you will allow me a brief diversion, the decision that we should give the lagers some well-earned focus came out of an evening which was surreal and also one which filled Rachel and me with pride.

On the evening in question Rach and myself were very fortunate to have been invited by Mark from H Banhams to dinner at Galton Blackiston’s Mortson Hall with leading beer writer and top all round lady Melissa Cole. The event was part of our Maris Otter 50 celebrations and Melissa was in Norfolk to brew an audit ale with us the next day.

The surreal element started in the taxi from the brewery. When I say taxi – that is what it was in the evening – but by day its very charming driver and owner clearly enjoyed harvesting and delivering oysters and other seafood from our bountiful coastline. So, only donning our glad rags about twice a year we merrily chatted (aka got talked at) to the said driver as we became gently infused in seafood.

Arriving a little late and with an odour which must have preceded us by a good few feet, we found Melissa enjoying one of our StubbleStag lagers out of a dimpled pint pot. It just struck me that here we were in one of the very finest restaurants there is – with a drinks writer and sommelier of world renown – and our lager was part of the scene. OK, so the odd glassware and the taxi driver added that ‘normal for Norfolk quirkiness’ but it made me proud and also to think, this lager can more than stand up for itself in a Michelin starred restaurant, along with many more top venues in North Norfolk so we should seek to widen its appeal.

We carried on with a truly exceptional dinner; Melissa duly ordered a second StubbleStag and discretely requested a smaller glass. For my part I didn’t mention my thoughts to anyone but the next day started to plan a way of just slightly increasing lager production to allow for some draught product as well as the existing bottles.

OK, so that may sound easy but as a small brewery with limited tank capacity, coupled with the way in which we craft our lager, it isn’t.

You see, contrary to popular belief the same love and care goes into brewing a lager as ale but once brewed it is actually a bit more demanding, and if done properly demands several weeks to condition and allow the flavours to develop.

Now, we could do what many brewers do and shorten this process, we could also add flavour stabilisers to help – but the whole point of been an artisan brewer surely is that you don’t compromise. Well, here at The Norfolk Brewhouse that’s the maxim we follow.

OK, it does mean that we won’t get rich, or conquer the beer world but at the risk of sounding more middle-aged than I am – so what!!!

We love our lagers and want our customers to know that every pint will be brewed in the same way as the very first one, slowly, patiently and nursed along with a genuine sense of pride.

As to the names – well as you would expect from our Moon Gazer heritage – they relate to our beloved hare, as both are country names for the creature. StubbleStag is said to be a Norfolk county name for the hare, referring as it does to the way a hare will crouch in the newly harvested stubble fields with its ears aloft as a stag. DewHopper refers to the early morning frolics the hares have.

So, we do hope that you will enjoy them, and do look out for them in bottle and on draught at a pub near you.

We’re proud that in their own, quiet and small way they are making a mark in Norfolk and hope that you enjoy them too. Cheers