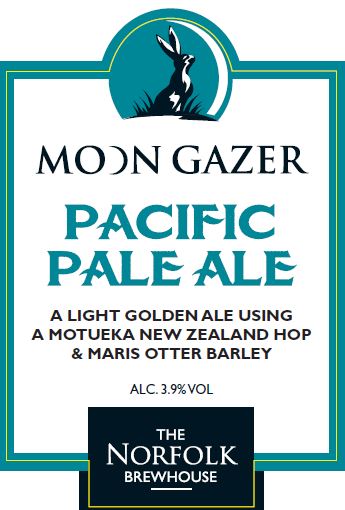 This time it’s a rather exciting New Zealand Pale Ale – golden in colour, light in abv (a summer session 3.9%) but heavy in the hops.

Now, you know I like to tell you a little bit about the why’s and wherefores’ of our new beers and this is time is no different, although I have to confess to getting a bit stuck on Maori pronunciation.

So, following on from the great reception our American Pale Ale had we thought it would be great to showcase a single variety hop from New Zealand in a Pale Ale.

Now, to be brutally honest Motueka – the hop in question – wasn’t going to be our first choice, but it seems southern hemisphere hops are becoming as equally as rare as their American cousins and so we were pointed towards this hop as a second option. But boy, we are so glad we were.

It first made an appearance in our Anniversary Five Candles ale – but its distinctly lime, citrus notes sung out above the other 4 hops it shared the stage with in that beer – this hop needed to shine on its own. Primarily an aroma hop, it offers big crushed citrus flavours – some even call it the Mojito hop.

Rubbing the hop in your palms the first impressions are a very lively intense fresh lime followed by a background of tropical fruit and lemon zest…then bang, stop big citrus notes dominate.

So, recipe hats on – how can we do this hop justice, we couldn’t whimp out on the hop quantities that’s for sure – using a total of just shy of 10kg in Pale Ale for us is a lot , but we want the ale to catch the true hop properties as much as we can.

Next to the malt – well Maris Otter of course – but the extra pale – again to give the beer a slightly softer feel and allow the hops to carry through. A touch of Cara Malt is the only other malt used; it imparts a deliciously sweet malty flavour without the burnt character that higher colour crystal malts can bring.

So, then all was needed was a name.

Most single hop beers take the name of the hop – but after 6 attempts at me pronouncing Motueka it was decided on Pacific Pale Ale. After all it’s all about the beer and not the name right!

By the way – I am reliably informed it’s MOW TWO EKKA – but even knowing that I get stuck!

Please enjoy it – it will be out in pubs from 8th May.