We are very proud of our Award-Winning Gluten-Free Beer – be it the soft, citrus Pintale pale ale or the crisp Dewhopper, Stubblestag and Galton’s lagers.

All are award-winning in their own right as stand-alone beers – both in gluten-free and non-gluten-free categories, so you can rest assured you are drinking a real, homebrewed craft beer that delivers all the original genuine taste but without the gluten!

We would love to introduce our Gluten Free range to you, and take a brief look in a bit more detail about successful gluten-free brewing.

This lager exudes a crisp, hoppy finish and pours to a light gold colour, which makes it the number one choice for craft enthusiasts and casual drinkers. It is multi-award winning thus perfect for those seeking only the best in gluten-free lager!

StubbleStag pours to a medium gold colour, with a deep (but light) head formation, giving a hoppy bitterness in the finish which comes together to make this one eminently drinkable and refreshing!

This beer is a rich, clean, hoppy ale that complements the crisp batter and seafood flavours enjoyed at No.1 Cromer, but is also crafted to be enjoyed with many different and varied dishes as well.

Michelin Star Chef – Galton Blackiston created Galton’s No.1 Lager with team Moon Gazer introducing the concept of gluten-free lager in cans. Crafted not just to celebrate local ingredients, but to also compliment the Norfolk growers and maltsters behind them. Norfolk malt provides a rich, full flavour and a soft sweetness from the natural sugars found within it.  This vegan, gluten-free lager is light, refreshing and crisp, and perfectly complements seafood, spicy food and white meats. 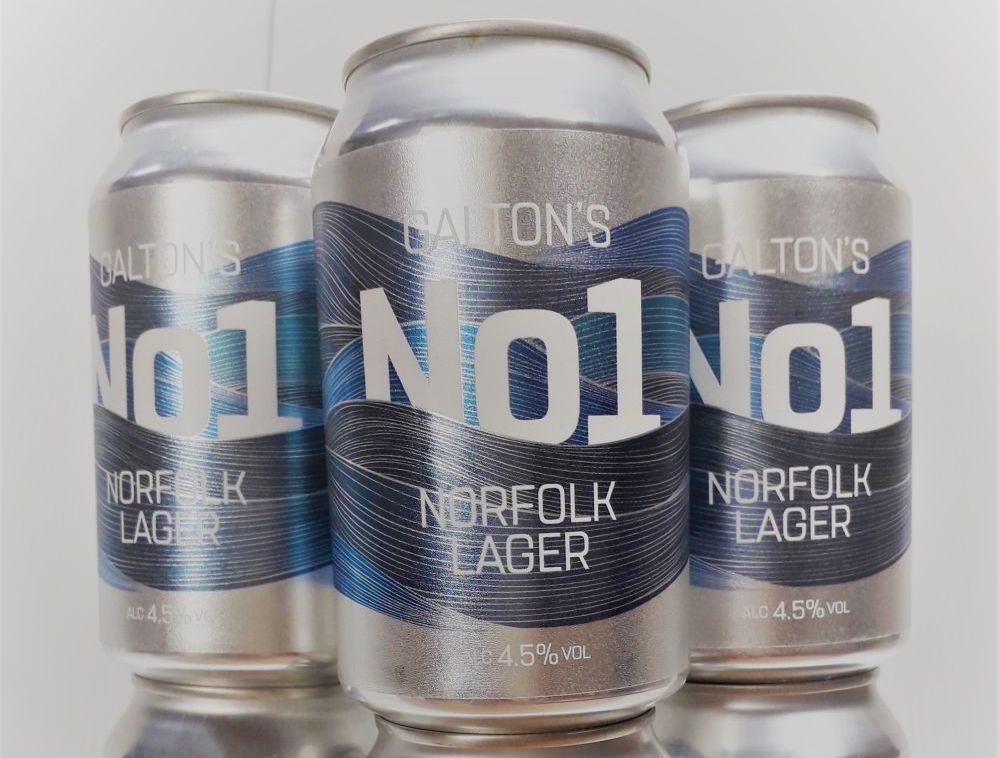 Gluten-Free pack of six bottles and can of a mixture of ales and lagers – selection may vary from those shown. Gluten-Free Moon Gazer Pintail 3.9% ABV, Dewhopper 4% ABV, Stubblestag 5% ABV, Galton’s No1 Ale 4% ABV and Galton’s No1 Lager 4.5% ABV.

Pintail our Pacific pale ale, light, golden and hoppy with aromatic citrus notes; Dewhopper lager a light gold colour, with a crisp, hoppy finish; Stubblestag a medium gold colour, with a deep (but light) head formation, giving a hoppy bitterness in the finish; Galton’s No1 Ale and Lager created by Galton Blackiston of Norfolk’s No1 Cromer and Morston Hall, the ale is light amber, rich clean and hoppy, with a smooth, classic lager taste.

So, how do we brew award-winning gluten-free craft beer?

Well, our starting point was that we wanted to keep using Norfolk Maris Otter barley which provides the foundation for our Moon Gazer ales and lagers. We had tried many gluten-free beers as ‘research’ and whilst they were perfectly well brewed, to us they just didn’t taste like we want our beer to taste – with the biscuit malt flavour from barley balanced perfectly with the hops.

To us, beer needs to have the quintessential taste of beer, and in our book, that means brewing with barley – and wheat.

Now, without sounding overly technical the gluten in beer is a composite of storage proteins found in the endosperm of grains (that’s the part of a seed that acts as a food store for the developing plant embryo, usually containing starch with protein and other nutrients – the bit that gives it all the right stuff to grow). So, by sticking to barley – and avoiding cereal ingredients with little or no gluten – maize, sorghum and even millet for example – we are left with a beer which right from the start is laden with gluten and its complex proteins.
Now that may sound like a bad start but the good news is that the brewing process itself helps reduce the protein and gluten levels at every stage – and careful management by the brewer of all these stages can ensure that protein reduction is optimised.

What do we mean by 20 parts per million?

This is the amount, by a law passed in 2012, which states that foods that contain 20 parts per million (ppm) or less of gluten can be labelled as gluten-free. This means that you can be sure that any product labelled ‘gluten free’ is safe for all people following a gluten-free diet. It is a proven fact that 20ppm is a tolerable level of gluten for people with coeliacs disease. All of our beer across the range has less than 20ppm gluten. Some prefer to call it low gluten beer, no gluten beer, or non-gluten – but call it what you like it’s all great beer!