Special brew for the EDP Flood Appeal, needs a name 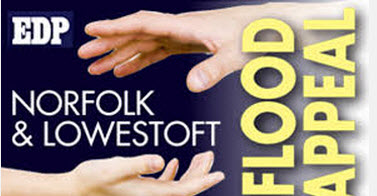 This year, City of Ale is supporting the EDP Flood Appeal as its main charity. Here at The Norfolk Brewhouse we will be producing a specially brewed beer and have pledged to donate 20p per pint to the fundraising efforts.

A competition to name the beer has been launched and the winner will receive a demipin and a pair of VIP tickets to the City of Ale Launch Party on Thursday 22 May.

Based in Hindringham, not far from the north Norfolk coast and some of the communities devastated by the terrible storm surge of December 2013, Norfolk Brewhouse co-owner, Rachel Holliday, said; “We are privileged to have been chosen to brew this year’s fundraising ale and support such a worthy local cause in the EDP Flood Appeal.”

The beer will be a 5% golden IPA, brewer David Holliday said; “We will be using around 10kg of hops so it promises to be a hoppy, tasty, flavoursome experience – and we can’t wait to find out the winning name.”

“Donating 20p from every pint sold – we hope pubs and customers will dig deep, buy a few pints and support such a worthwhile appeal,” Rachel added.

Send your suggestions to competition@cityofale.org.uk by the closing date, Friday 18 April.