Stirring up a ginger storm 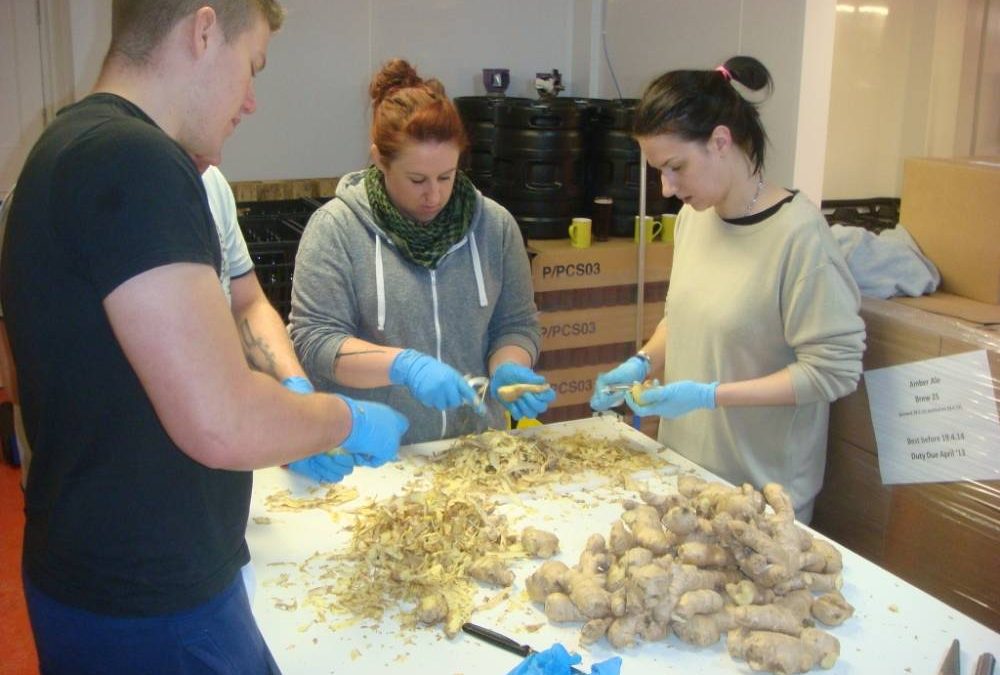 Creating a bit of a buzz in the lager market, The Norfolk Brewhouse has developed a new ginger infused lager.

Using 20 kilos of fresh root ginger, the new Moon Gazer Ginger lager has a light refreshing ginger aroma and taste. As an added twist, a limited edition are now being delivered as a cask lager to pubs, including the Kings Head Holt, The Murderers and Trafford Arms in Norwich and Red Lion in Cromer – the brew will also soon be available in bottles.

Posed the challenge by Adam, Kirsty and the team from the Kings Head Holt to devise a refreshing ginger brew, they set about chopping the ginger – (pictured left) – and we brewed it up.

We specialise in two unique crafted lagers – one called StubbleStag is a 5% premium lager brewed with ale malt, some describing it as a cross-over between a lager and a pale-ale. DewHopper on the other hand, at 3.8% has a much more lighter lager feel, and brewed with traditional lager malt. The recent Moon Gazer Ginger 4.2% lager was a bit of an experiment, but has turned out really well, with a subtle taste of ginger and plenty of life – pubs and drinkers can’t seem to get enough.

Norfolk Brewhouse brewer David Holliday said; “There were no other Norfolk brewers seriously taking on lager, so we did and now we are growing an interest in local lager, with a quality taste.

“With the support of local pubs keen to bring different taste experiences to their customers and the drinkers of Norfolk enthusiastic to try something different we have more and more wanting local lager with some now already selling as a permanent offer alongside the big brands.”

Named after the hares which share the surrounding farmland where the brewery is based in Hindringham in north Norfolk – StubbleStag, DewHopper and Moon Gazer Ginger are taking hold. 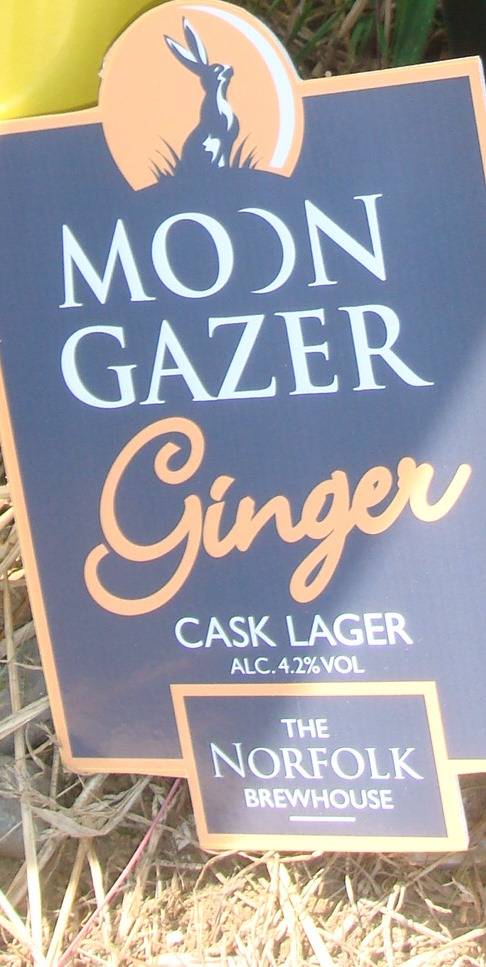