Such a very popular Norfolk lager 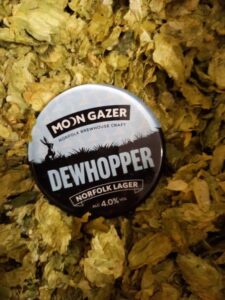 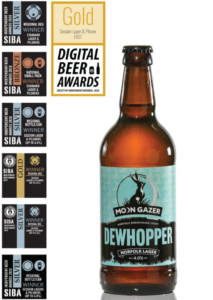 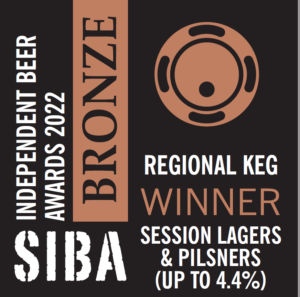 Dewhopper scooped yet another award this month – adding to our claim that this is surely the east of England’s most awarded lager.
The most recent award was a bronze medal at the eastern region keg competition held by the Society of Independent brewers – which judged kegs from brewers across 7 counties in the East of England.

Maybe it’s the strong Norfolk flavour in our lager that the judges warm to – as rather than use a traditional lager malt we brew DewHopper using the finest Norfolk Maris Otter barley from Norfolk maltster Crisp Maltings. The other ingredient – the hops however are German and Czech as in our opinion they produce hop varieties well suited to lager – such as Saaz and Hallertau, but clearly this blend of Norfolk and European ingredients is a winning combination.

Our lager is also gluten free as we reduce the gluten in the beer during the brewing process and by the addition of Brewers Clarity, retaining all of the flavour but ensuring that that gluten content is below 20 parts per million.

So, not only can the lager be enjoyed by craft beer lovers including those looking for that GF option.

Dewhopper is available on draught in keg and also bottle.