The best of Norfolk in a bottle 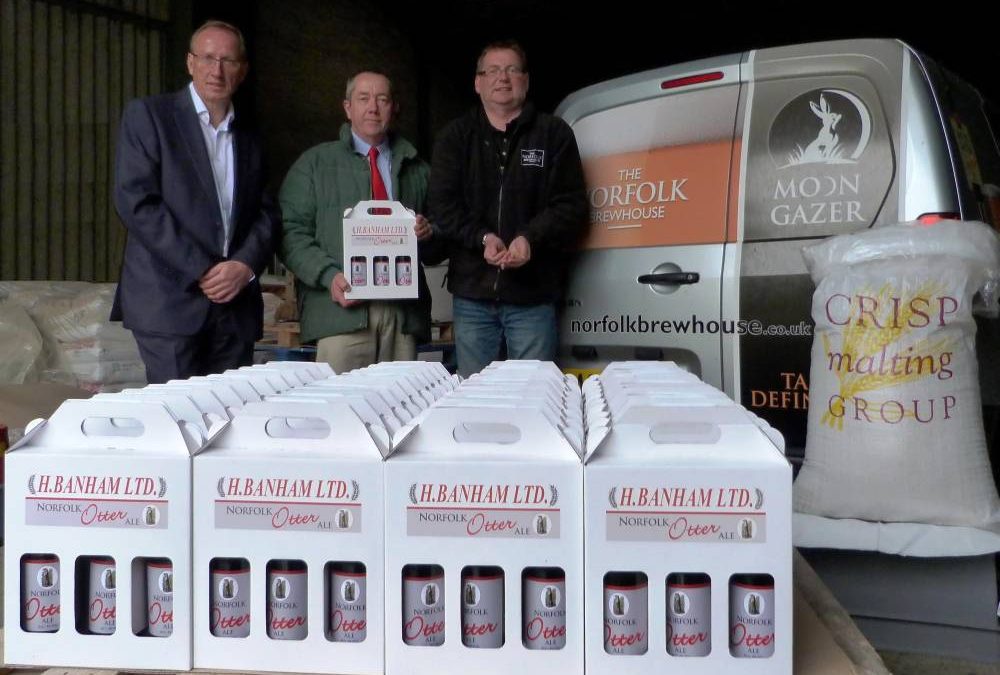 Recognised and respected in the brewing industry as the premium malt for brewing beer, 500 bottles of Norfolk Otter Ale will be distributed to barley growers to encourage more of them to think about growing one of the finest malting barleys known to the UK.

Established in 1956, family-run H Banham Ltd based in Hempton (near Fakenham) co-owns the rights to the Maris Otter variety. Company Managing Director Mark Banham, said; “Maris Otter was initially traded by my family in the 1960s, thanks to the barley’s superior quality and the commitment of growers’ its popularity has risen amongst craft and major brewers since the turn of the century.

“We are proud to be linked with Norfolk’s rich agricultural heritage as well as being able to send Maris Otter to maltsters across the UK.”

Based just up the road from Banham’s in Hindringham, The Norfolk Brewhouse use Maris Otter which is grown locally and malted by Crisp Malting in Great Ryburgh. Brewer David Holliday said; “We are delighted to have been asked to produce the ale and being so local to Banham’s and Crisp Malting, it has also been an excellent way for local businesses to work together.

“Maris Otter is considered the finest malting barley and as so much is grown right on our doorstep, we would consider nothing else to brew with. We get consistently good extract, which ultimately means a good wort and great beer.”

The commitment to Maris Otter and the quality it produces in its brews can be seen by some of the multi-award winning brewers who consistently use it, including Woodfordes, Grain Brewery and Oakham Ales.