The golden era of mild returns 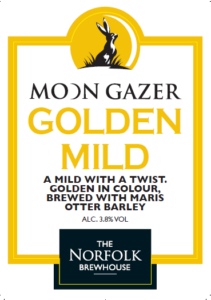 One mention of the word Mild as a beer style and instantly folk will have their own image of a typical pint and indeed of its drinker. OK, let’s not beat about the bush here, most of you will be thinking an old boy, supping a dark beer while perusing the Racing Post.

Few beer styles have developed such a stereotypical reputation, but boy it should so not be the case.

This style was once as vibrant and versatile as any a ‘craft’ IPA or DIPA of today, indeed there were golden milds, amber milds and dark milds – milds of 6-7% abv. Mild was the beer of choice for many.

Indeed, it was only really the rationing of malt during the First World War and the pressure from the Temperance Movement which saw milds rapidly become weaker. In so doing it became cheaper and there in lies the birth of the cheap old man’s beer.

There is also some confusion and debate over the term mild itself. Originally it was a reference to the beer’s young age as opposed to beer which had been aged to develop its bitter tang. However, today mild is really a reference to the fact that it is mildly hopped with a low bitterness.

Now, since we are looking for new beers for the Maris Otter bar at The Great British Beer Festival Winter in February the ‘gently hopped’ aspect really appeals since it is a style which allows the malt to shine in the flavour profile without hops bullying it from your taste buds.

Taking that one stage further we thought – well let’s just use 100% Maris Otter in the recipe – no other malts so you, the drinker, will be able to get a true sense of what a malty backbone of flavour Maris Otter can add to a beer.

This also has the added advantage of creating a mild which will be golden in colour – just like they used to be.

Of course, we will be using some hops – specifically Admiral and British Cascade, both of which are gentle fruity UK varieties to add a little something but letting the Maris Otter malt take the plaudits!

The final recipe is to be crafted alongside Crisp Malting, of Great Ryburgh as we look to pop some of the attention on the often-overlooked heroes of brewing, namely the growers and the maltsters without whom us brewers would do a lot of thumb twiddling.

The all new Moon Gazer Golden Mild will be heading out to pubs week commencing 12 February and will be showcasing at our Great British Beer Festival Winter Maris Otter bar from 20th – 24th February.

Go on, tuck into a pint and let’s break the stereo type of this long lasting and truly versatile beer style – that said cloth caps remain an entirely optional and acceptable fashion accompaniment.