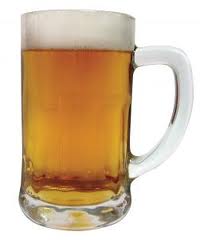 It’s fair to say that the Fair Deal For Your Local campaign, which has been bubbling along on social media and in the corridors of power, built to a rousing crescendo culminating in euphoria on one side following the yes vote in the House of Commons.

This vote could well culminate in the ending of the long standing beer tie, affecting thousands of pubs and ending the restriction compelling tenant landlords to purchase beer from their pub cos.

The fallout from the vote hasn’t seen the divisions evident in the build-up subside. Indeed, it could be argued that they are increased.
On one side there are those who foresee a joyful explosion of craft beers in local pubs while on the other are those saying that pub cos having been forced into relinquishing a valuable income stream will simply close marginal pubs resulting in an acceleration of pub closures – the complete opposite of what the campaign was trying to achieve.

As with all such things, the truth will probably lie somewhere in between.

Entrepreneurial landlords, and indeed brewers large and small, will see the opportunity to establish viable pubs and build strong businesses and CAMRA’s pub protection campaign will gain momentum and even more purpose.

As a small producer – and happy to remain so – we experience and see both sides of the argument. We also notice the elephant in the room which no one mentions (more of that later) and so wanted to air our observations.

Firstly, as a brewer we have done our bit on social media and in talking to MPs to encourage debate. In doing so we hope that we have raised awareness and stimulated debate without proffering strong opinion either way.

We have always sort not to take sides simply because we are genuinely not in possession of all the facts and do also see positives on both sides of the argument.

We deliver to a number of pub co landlords and while acknowledging non are ordering their luxury yacht there are those who we meet that are happy with their lot, and it would be wrong to say there aren’t. Equally we have met those who are tired, brow beaten and sadly in some cases on the verge of bankruptcy having invested cash, heart and soul.

Rest assured that there are plenty in the latter camp who can’t be tarred with the ‘they should try harder’ brush. They work tirelessly, run great pubs and keep their ale in good nick yet struggle to make a good living.

There are also those who have offered well thought out business plans to their pub co to strategically develop their business – seeking a win win situation – but requiring a short term rent reduction or other form of support to achieve it, only to be met by the proverbial brick wall.

However, again on the other side, on the very same day of the ‘yes vote’ a pub co landlord I was speaking to had nothing but praise for his pub co, as following a prolonged stay in hospital they had agreed a significant rent reduction and other help to allow him to re-establish his business. In his words “It isn’t all bad, things are beginning to change”.

And isn’t that the real success of this campaign? It has fuelled debate and acted as a catalyst for change and got both parties talking.
Things have to change and will – how they change I will leave to others, but MPs have listened, communities have begun to see and realise the value of the pub and understand the challenges their pub landlords face. Perhaps the biggest lesson of all is that whatever the pub co agreemnt it is beholdant on pubs to offer an attractive proposition and for the community to repsond wehn thy do by actually visiting the pub – that’s the biggest sign of support apub needs.

Let’s hope that among the undoubted legal hurdles and challenges which follow that the debate keeps going and that all can work for the common good.

So, back to that elephant.

In the debate much of the focus has been on the ‘mark up’ pub cos charge their tenants for beer. One article of the many published showed the wholesale price of a cask of Courage Best at £69 while the pub would pay £109 for it.

But what none of the articles which I have read have commented on, is the further divide and price inequality in what brewers across the country agree to sell their beer to the likes of Wetherspoon at – well below the quoted wholesale price mentioned earlier.

Now, before you shout ‘that’s because they buy in bulk and buy late-date beer’ both of these are complete myths. Wetherspoon pay the same price per cask be it for one solitary cask or 10 or more. The beer, when delivered at the brewer’s cost, also has to have at least two weeks shelf life on it.

So, I can’t help reflecting that the market which is heralding the opening up of the market have also helped, in part, to create the problem.

Again it’s not for us to say if that is right or wrong – brewers must, and do, make their own business decisions – and I’m certainly not completely anti Wetherspoon having written many an article and created many an advertising campaign for them in a former career before deciding that I prefer to brew beer rather than write about it.

The flip side is that those brewers who do not supply Wetherspoon and support their local freehouse and wider pub co market cand and do provide a point of difference in making ales which can carry the claim ‘never knowingly sold at Wetherspoon’.

I suppose that the point is, the whole market – including us brewers -needs to take a view and consider its role in the mix.

The pub is a British institution which we should all fight to maintain and prevent from becoming a sterile offering that is little more than a collection of national fast food outlets which happen to sell cheap beer.

I applaud the campaign for getting the debate going and I hope that it continues. While we are all talking there is hope. Long live the pub – its diversity and its ability to attract a wide customer base.

But number one lesson from the debate – to survive pubs need customers.