The power of beer…

..and why I am pushing barrel 147 miles to London. 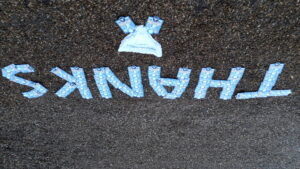 Now, I have to be honest – and I am biased – but I do think of late that beer is getting a rather unfair bad press.

I awoke this morning to yet another radio feature saying people were drinking too much following lockdown and highlighting the long-term damage that alcohol can do to individuals and also society in general.  Anyone listening would think that the world as we know it was on the verge of a complete social and health meltdown.

Well, no shock Sherlock the same can apply to myriad of foodstuffs and drinks – I once read the impact of processed meat was more likely to lead to ill health than alcohol. Enjoy a bacon buttie and a pint of beer and you may as well say your goodbyes.

Now, I am a brewer not a scientist nor a politician and have neither the ability or desire to be either.

The simple fact is – as my father-in-law would delight in saying to me – a little of what you like never hurt anybody.  So, I won’t dwell on – or indeed belittle – the potential pitfalls any addiction can have – but I will defend beer as a power of good.  I shall also sing from the rooftops at the top of my voice the undoubted value of pubs.

Pubs are a great source of community and to many are a vital social hub. Mental well-being benefits enormously from social interaction and a sense of belonging – the pub is the hub is an oft used phrase but, for many, it is in itself the very reason to visit as much as the beer itself.

It is also estimated that pubs in the UK raise in excess of £100million a year for charitable causes as well as supporting grass root sports and community events to the tune of around £40m.  Crucially the majority of this fundraising will be for smaller, local charities, many of which have a personal connection to the individuals and pub regulars – and many who rely heavily on such community support.

Now, as for me I can testify first-hand of the power of beer as this April I will be pushing 75kg of Moon Gazer ale from our brewery, in Hindringham, 147 miles to St Barts Hospital in London.

This mad cap idea – zig-zagging across the East Anglian countryside – is in aid of a small local charity Team Moon Gazer supports called It’s On The Ball – whose team of dedicated trustees devote their time and energy raising awareness of testicular cancer among young men.

The idea stemmed from the brewery’s annual campaign for the charity – as each January  an exclusive Moon Gazer ale is brewed on the charity’s behalf and pubs across Norfolk and Suffolk sell it to raise awareness and get people chatting as well as hosting fundraisers – ranging from quiz nights to weekend events and activities.

This support really is a lifeline for the charity and allows the sort of engagement that they need – and of so much more value than a simple poster or advert – personal engagement is the key.

But back to the beer push challenge. I decided that I would use the platform of the annual charity ale and the support of the pubs to push a barrel of beer to St Barts – whose oncology team play a vital role in treating this form of cancer.

You see simply getting people talking about testicular cancer can help them spot symptoms early and the good news is that 98% can be cured! So, if by pushing a blue barrel and chatting to people I can get folk talking and understanding this cancer and how to check themselves then it’s got to be a good thing.

Also, along the way the team and me will be enjoying a few pints and enjoying meeting some new friends in some great pubs.   (By the way you can check out the full route day by day here:

So, next time that you hear someone arguing the pitfalls of alcohol, take time to also think about the other side, the countless benefits – and let’s be totally honest – sheer joy, which beer and pubs can bring to those who embrace this winning combination.

I for one raise a glass to pubs and beer!

You can donate to David’s #beerpush:  DONATE