The return of a great companion for spring… 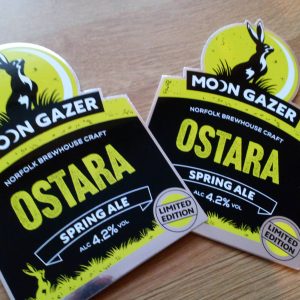 Yes, the wait is over folks – last year’s most popular Moon Gazer guest ale will be returning to welcome in spring. So, here’s a quick reminder of Ostara…