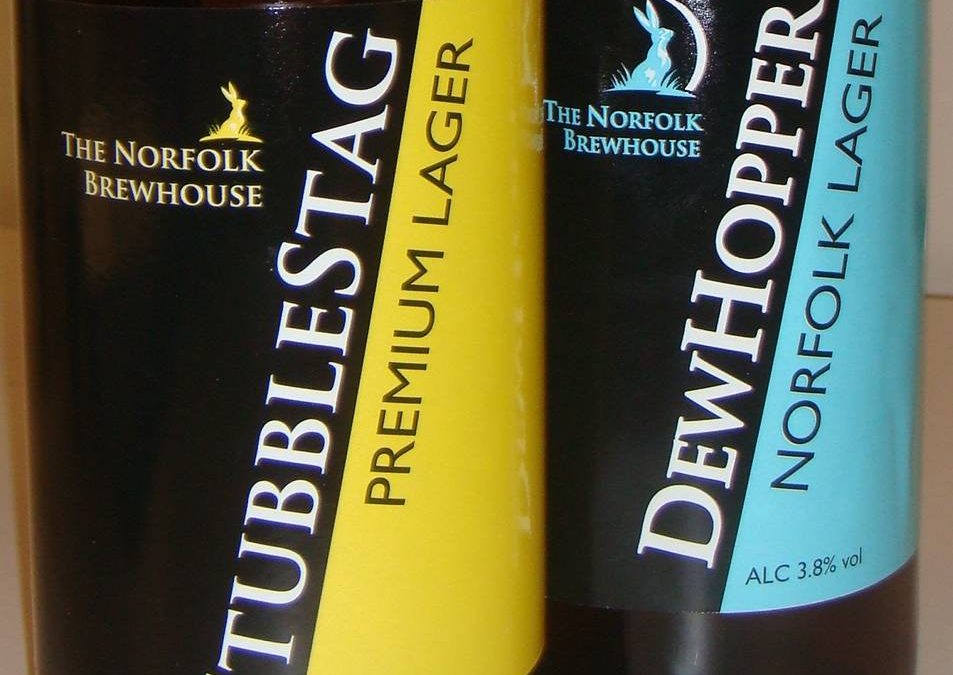 The long awaited StubbleStag premium lager is back and joined by a new Norfolk sister lager called DewHopper, slightly lighter but no less tasty.

After opening last year and brewing our first batch of StubbleStag we were delighted at its popularity – with some drinkers being surprised that it was a lager with serious taste.

As soon as we were able, we got a second brew underway. It can’t be rushed as we sampled and checked along the way in a brewing process lasting several weeks during which the taste and flavours develop. At the same time we created DewHopper, following the same length of process, but creating a lager with a lighter taste.

StubbleStag Premium lager 5% – pours to a medium gold colour, with a hoppy bitterness and a crisp finish. Brewed with malt from the finest Maris Otter barley and five hops: Challenger, Goldings, Hallertau, Saaz and Styrian Goldings.

For those who want to try StubbleStag on draught, pop along to The King’s Head in Holt www.kingsheadholt.org.uk/new/ where you can also enjoy King’s Head Gold, another lager brewed by us for the pub.

We hope it’s been worth the wait?