The wait is over for Norfolk lager… 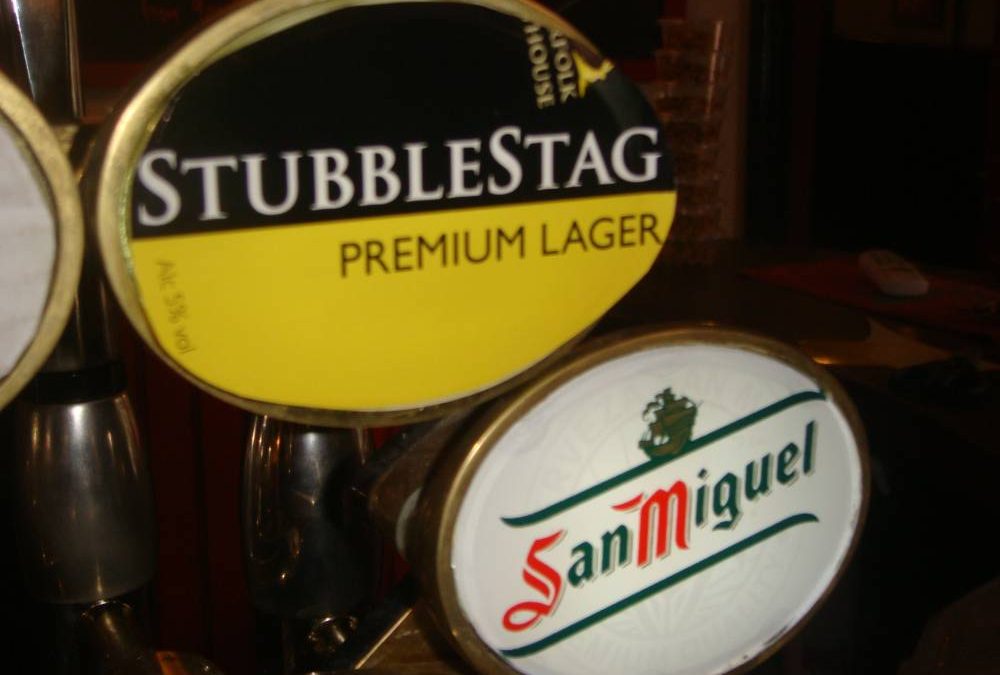 After three weeks fermenting and three months conditioning the wait was finally over today when StubbleStag Norfolk lager was served on draught for the first time.

A debt of thanks is owed to the superb team at The King’s Head in Holt, who shared our vision and committed to the lager whilst it was a yeast laden youthful beer in the fermenter. Iain and Adam, from The King’s Head, were keen to provide their ‘royal loyals’ with something different, special and local.

The timing couldn’t have been better with the England v Sweden game telly. The response to the lager was fantastic. Our favourite summary when comparing it to the lager big boys was “a little less fizz a lot more taste”. That kind of says it all to us.

Coincidentally on the same day the second (of only two) cask versions of StubbleStag was served at The Plasterers, in Norwich. These casks were racked before the rest of the lager was kegged and bottled in the traditional manner. It was a one off experiment, but again judging by the response we rather suspect that going forward that StubbleStag will be served in both keg and cask.