We had a ball for Tobi… 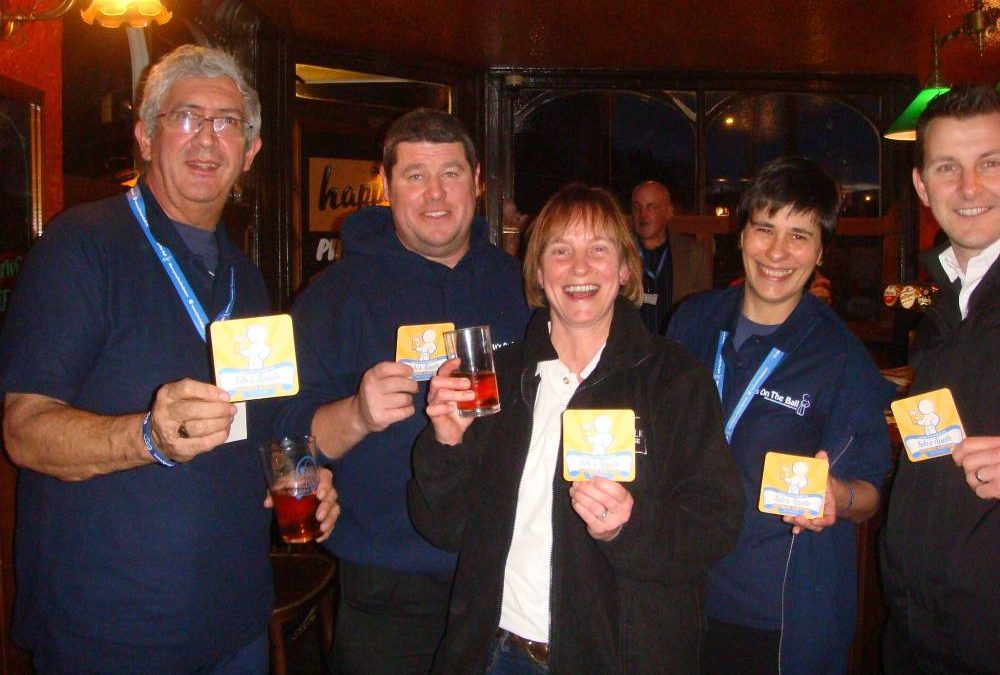 A huge heartfelt thanks go out from the team at Norfolk Brewhouse to all of the pubs and clubs in Norfolk who have helped raise awareness of the It’s On The Ball testicular cancer charity during January. A big thanks also to all of you who drank and enjoyed a pint or two.

We embarked on this project with two key objectives; to get men chatting about the difficult topic of testicular cancer, and also to give pubs a new product to offer during what is traditionally a tough month of trading for them.

To say we were bowled over by the response would be an understatement – just short of 80 pubs took part.

The month included a mini pub tour by local band The Naked Lights – who gave up their time for free to pump out some tunes and spread the word about It’s On The Ball. So, cheers to The Kings Head, Holt; The Murderers, The Rose Inn and The Plasterers in Norwich for hosting the events. Judging by the reaction I think this is a band who we will be hearing a lot more of in the future – have a listen here

Pubs also did their bit off their own back, it’s really hard to name them all but activities ranged from a 3-day Tobi’s Tipple weekend at The Chequers Inn, Binham, where a quiz, indoor fete and bingo night raised over £400 and the good folk of The King’s Head, Magdalen Street, in Norwich chipping in 50p a pint, along with countless other pubs completing the Tobi’s raffle cards and donating money.

Apologies for not being able to mention all of the pubs but we have done so on social media and will do so in person as we catch up with you.

The biggest benefit however, has simply been the posters in the toilets about testicular cancer, displaying the pump clip and pubs spreading images on social media which has and seen more friends and followers on the charity’s own social media sites. Beyond that, the immeasurable bit is how many conversations have been sparked as well as plenty of rather amusing tales shared with us about how couples have joined in the fun! But that’s the serious point – thanks to all of the pubs’ efforts more people in Norfolk now know about It’s On The Ball and the importance of gents checking themselves regularly.

However, the journey and our support for the charity doesn’t stop here – Tobi’s Tipple will be back in cask later in the year and also look out for bottles of Tobi’s Tipple in shops during March. The bottle version is different to the Special Edition cask version which was a brand new, unique brew. With the bottles we will simply be relabelling our Moon Gazer Amber Ale as a way of getting the message on shop shelves. All very J K Rowling who used to have different cover versions for Harry Potter books!

So, please spread the word, keep checking and also check out the work of the small, dedicated, and very deserving charity team at It’s On The Ball

Thanks again from all the team at Norfolk Brewhouse