What’s in a name? Meet Nibbler 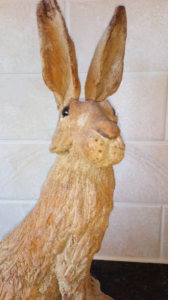 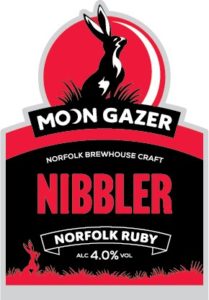 As the sun sets away in the distance, we look across the sea – a chill quickly replaces the early spring warmth and the big blue sky, so bright and resplendent during the day gets set for its all to brief, yet spectacular evening display – its nightly signal that another day is passing.

Suddenly the light blue expanse peppered with soft, wispy white clouds become a mosaic of pinks, purples, blues and grey – slowly darkening, the pinks turning to orange and the greys ever blacker. The night, and its darkness is coming.

Beneath this canopy of colour, all is still and quiet, save for the gentle rustling of leaves from the woodland and the grasses chattering in the field margins. But soon a distinctive sound breaks the silence.

The maker of this sound is not alone, one quickly becomes two, two becomes four until within just a few short moments there are 40,000 creating a cacophony of bed springs and the sky is filled waves of black speckles spreading out like a ripple in a pond – all heading out to sea.

These are the pink footed geese which feast by day on North Norfolk’s countryside riches before heading out to the sandbanks – far away from the jaws of foxes and other predators – a place to rest and sleep in safety, and silence. Its as if their sound is a call to celebrate the night and a somewhat cheeky chorus of ‘you can’t get me’ to the hungry foxes below.

The spectacular display of colour and sound – acts as a nightly signal – and up on the hilltop – watching the cast of thousands – sits the hare, and out from the woodland edge he steps. This is his table, his favourite place – the place and time he comes to dine and delight in his world – the hare that they call Nibbler.

Its as if the geese ring his dinner bell, he is aquiver with excitement as he hops towards the long, lush green grass now casting a luminescent glow in the arriving moonlight.

He pauses briefly, sits on his back legs and vigorously rubs his front feet together, before carefully licking each one, and wiping over his tall, black tipped ears.

His attention is captured briefly as a muntjac deer scurries by in search of his own dinner, the two exchange a fleeting glance, but no more than that – as if two diners visiting the same restaurant with each preferring to eat alone.

Nibbler continues with his grooming for a few moments – well it would be rude to go to dinner dirty now wouldn’t it? This is Nibbler known for his love of food but of keeping himself looking dapper – the proper dinner time gent.

In front of him his patch of ground – neatly laid out. But where to begin. He sits upright, sniffs the grass a little, then with a knowing wiggle of his chin he starts to nibble. As precise and choreographed as a concert pianist running his hand along the ivory keys – Nibbler’s teeth quickly make a meal of the grass, as he moves from blade to blade – occasionally taking time to hop a few inches to bring more delights within his reach.

This is Nibbler – dining under the Moon.

Read about our other hares: Jigfoot